The Eastern shelf project in North-Central Texas involved outcrop and subsurface studies which permitted staff members to develop depositional models with which to understand better the geometry and distribution of subsurface oil reservoirs on the shelf. Surface studies were followed by subsurface investigations using wireline logs of many wells drilled on the shelf. Using well data from more than 5,000 wells in the region, along with correlation of the outcrop results with the subsurface stratigraphic information, STARR recognized that untapped hydrocarbons existed in the region. Next, STARR prepared net sandstone maps of incised valley-fill lithofacies, which have provided reservoirs for most of the oil discovered and produced on the shelf. These maps included all of the Upper Pennsylvanian and Lower Permian elongate valley-fill (16 stratigraphic levels) within 25 counties that comprise the Eastern Shelf. The results of these studies provided ideas for many new reservoirs and traps to be exploited and were published and also presented by oral presentations at local North-Central Texas professional geological societies. As a result, a limited number of operators began to learn the new approaches and to apply them in their exploration. A number of new hydrocarbon plays were developed by these operators who began to make new discoveries using sequence stratigraphic ideas. 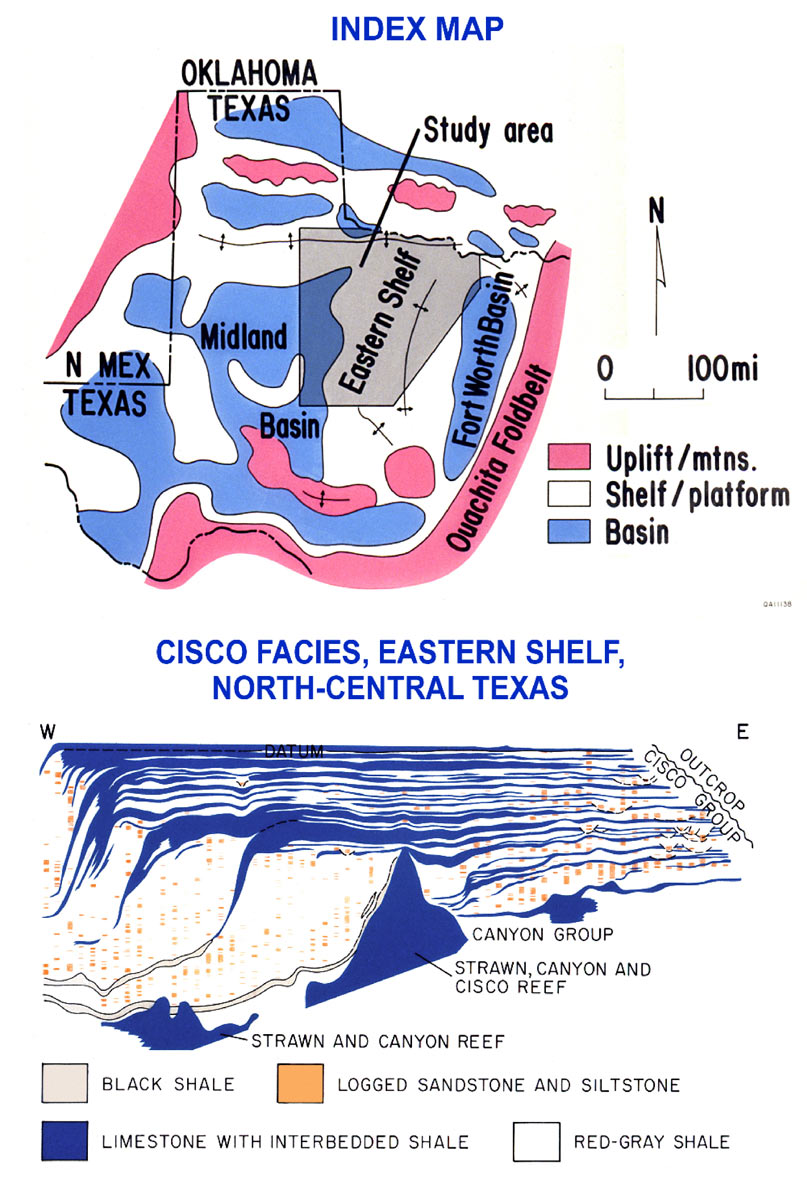