The Resource Center includes publications, maps, geophysical well logs, open file reports, data, and other documents that are available for public viewing.  Texas geology and Bureau of Economic Geology research are the focus of the collection. 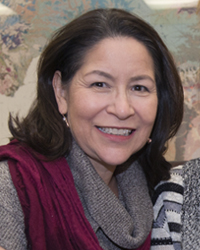 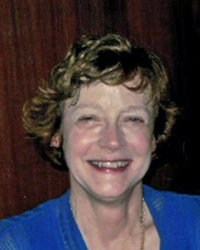 Amanda is a professional librarian and manages The Bureau Store and assists Bureau staff and visitors in locating print and online information. 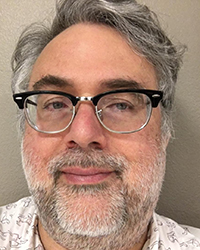 Dennis works in both The Bureau Store and the Geophysical Log Facility. He can assist you with information on geologic maps, publications, and well logs. 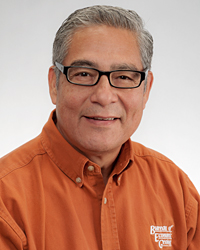 Daniel manages the Geophysical Log Facility (GLF) and assists staff and the public with request for well logs, scout tickets, and other GLF records.

Bureau Publications (The Bureau Store)
BEG's Bookstore is a portal to Bureau geoscience research and service, providing courteous, prompt, and accurate order-fulfillment, information, and referrals to subject experts. We sell more than 1,900 books, maps, CD/DVDs, and Central Texas Rock Kits, which are produced by the staff of the Bureau of Economic Geology. We also sell publications issued by UT’s Texas Memorial Museum, the Gulf Coast Association of Geological Societies (GCAGS) and several of its member geological societies, and the Gulf Coast Section of SEPM (GCSSEPM), along with Bureau caps and shirts.

Geophysical Log Facility (GLF)
The Geophysical Log Facility (GLF) is the official well log repository for the Railroad Commission of Texas, which by law receives a copy of geophysical logs from every new, deepened, or plugged well drilled in Texas since September 1985. An estimated 1.5 million logs, including the RRC collection, donated logs from industry, and logs used in BEG research projects, are archived in the GLF. Other datasets available include historical well records and scout tickets from thousands of Texas wells. Well logs are available as electronic (tiff) images and as paper copies.

Integrated Core and Log Database (CONTINUUM)
A searchable database of all geologic and geophysical materials stored at the Bureau. Search by state/province, API number, county/parish, operator, lease/well name, or field.

Bureau Core Facilities
The Bureau’s facilities include three core research centers which maintain boxes of core and cuttings from wells drilled throughout Texas, the U.S., and the world. Austin, Houston, and Midland core facilities have combined holdings of nearly 2 million boxes of geologic material. These resources are available for public viewing and research.

Stoneburner Family Rock Garden
The design and layout of the Stoneburner Family Rock Garden, a diverse collection of rocks from across Texas, are based on the geologic map of the state. Boulders in the garden are geographically placed where they are found in the state, and all rocks in the garden, including landscaping, are sourced from Texas mines or quarries. Rivers are illustrated with glass tiles in the poured patio. We hope you enjoy your tour of the rock garden.

Contract Reports
Select Contract reports by Bureau researchers which are available for download.