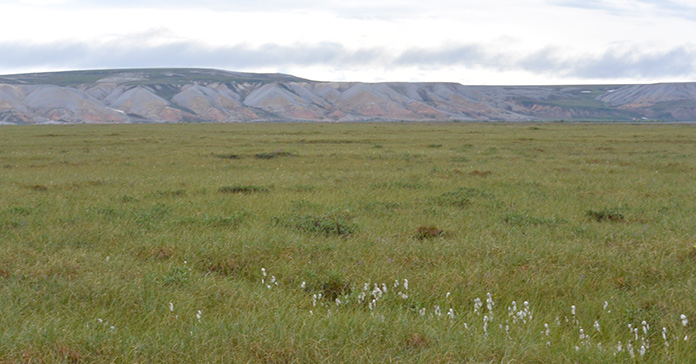 Perennially frozen soils cover ~17% of the global soil area and are estimated to hold over 1,000 Pg of soil organic carbon (SOC) within their top three meters, making it one of the world’s largest stocks of organic carbon. The BEG, in collaboration with researchers from the Department of Geological Sciences at the Jackson School, DOE’s Argonne National Laboratories, and NASA’s Jet Propulsion Laboratory are generating a high-resolution data set of SOC stocks and using this information to predict mobility of carbon from soils within ice-wedge polygons to wetlands and thermokarst lakes in low-gradient watersheds. The research is being funded by NASA, the Jackson School, and Great Bear Petroleum Holdings LLC, an operator on the North Slope of Alaska, and BEG’s partner in several lidar field campaignsThe field site is located 50 km south of Deadhorse, Alaska, within wetland tundra that contains extensive ice wedge polygon terrain.

The results of these analyses are already being used to predict carbon transport in aqueous and gaseous (CO2 or CH4) phases. The results are being used by BEG researchers and students to develop a numerical model of soil polygon thermo-erosion, and to use the model to estimate potential carbon loss as polygons transition from low- to high-centered forms. Though results are preliminary, we show the value of coupling soil carbon stocks, hydraulic properties, and fluxes to estimate carbon dynamics.  See the presentation given at the Geological Society of America National Meetings in Vancouver, Canada in 2014. 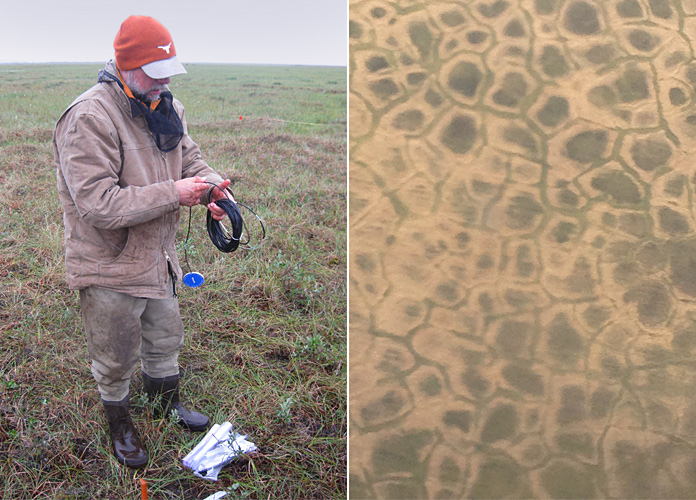