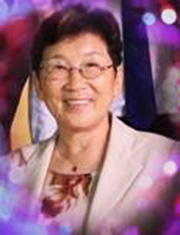 Guangdong, as one of the five “Low Carbon Pilot Provinces” in China, has setup a carbon reduction target higher than nation’s average. In a China-UK collaborative study the necessity and the feasibility of CCUS in Guangdong was confirmed, and a CCUS development roadmap for Guangdong was proposed, in which a million-ton -CO2-scaled full-chain CCUS demonstration project is the first key task. The study also demonstrated that inland Guangdong there is no place for CO2 storage, while the Pearl River Mouth Basin (PRMB) offshore Guangdong in northern South China Sea offers enough storage potential.

In parallel to the study of power plant CO2 capture, the successive study on offshore CO2 storage has been focused on seeking a suitable storage site in the PRMB. Near depleted oil fields are taken into the first consideration, as using such fields for CO2 storage might lead to savings both in cost and in time. Through scoring and ranking the producing oil fields in the PRMB, three fields are short-listed as candidate sites. Knowledge gaps towards the final site selection are identified, including those in CO2-EOR potential, containment quality, and facility reuse. Several issues for further studies and a pilot injection are proposed.

These and future studies are now summarized under the title of the Guangdong CCUS Project, which has been carried out with international collaborations since the beginning and received financial support from UK SPF and the GCCSI. In late 2013 the UK-China (Guangdong) CCUS Center was established. Recently the Guangdong CCUS Project has been listed in the U.S.-China Working Group on Climate Change. We are expecting to learn from and to enhance collaborations with our US colleagues.

About the Speaker:
Dr. Di Zhou was granted bachelor in 1965 from the South China Industrial University, PhD in 1984 from the Kansas University. Since 1985 she worked in marine geology and mathematical geology in the South China Sea Institute of Oceanology. She served as the vice director of the Institute and chairman of the Scientific Steering Committee of the Institute, council member of the International Association for Mathematical Geologists, secretary of the International Committee of Quantitative Stratigraphy, etc. Also she served as a member of the standing committee and a vice chairman of the Committee for Population, Resources, and Environment in the Guangdong Provincial Political Consultant Committee. In 2003-2005 she worked as one of the lead authors of Chapter 5, the IPCC Special Report “Carbon Dioxide Capture and Storage”. In 2006 she organized the first CDM and CCS workshop in Guangdong Province. From 2009 to 2013 she led the first two research projects on CCS feasibility in Guangdong Province. Since 2014 she served as the vice chairwoman of the Consultant Committee of the UK-China (Guangdong) CCUS Center.