Diagenetic and Burial History of a Portion of the Late Triassic South Georgia Rift Basin Based on Petrologic and Isotopic (δ18O) Analyses of Sandstones from Test Borehole Rizer #1, Colleton County, SC 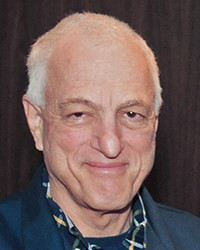 A diagenetic and burial history of a portion of the Late Triassic South Georgia Rift Basin (SGRB) was reconstructed based on petrologic and isotopic (δ18O) analyses of sandstone samples from conventional core and selected rotary side wall cores within test borehole Rizer #1, Colleton County, SC (2600ft to 6200ft).  The original objective of this study was to assess the capability of sandstones with the SGRB to sequester CO2.  Due to the poor reservoir quality of the sampled interval (average porosity <3.4% and permeability <0.065mD to air), this objective was replaced with the goal of determining why the reservoir properties of this portion of the SGRB are so poor.  Although porosity reduction within these lithic arkoses to arkosic litharenites is largely due to compaction, a complex diagenetic scenario added to destruction of reservoir quality.  Early cements consisted of poikilotopic calcite spar or evaporites (gypsum/anhydrite).  Within some portions of the sequence, these early cements remained in significant volume to inhibit compaction.  Feldspar grains were also replaced during this early stage of calcite cementation, a phenomenon that reoccurred with a later stage of calcite cementation.  Sphene cements (1-2% by volume) are also relatively early and precede even early quartz cementation.  Pore rimming chlorite followed the dissolution of some of the early calcite and evaporite cements.  For some sandstone within the SGRB, the chlorite-rimmed, secondary pores were partially filled with quartz overgrowths (within less than 2 km of burial).  This quartz cement was formed in sufficient volumes that the remaining intergranular porosity was preserved.  For other sandstones, dissolution of these early cements resulted in compaction and pressure/solution.  Subsequently for both groups of sandstone, at least two additional stages of quartz and a late stage of calcite cementation occluded the remaining pores.  Based on δ18O measurements (SIMS) of the quartz cements and modal petrographic analysis of compaction indices, burial depths attained burial depths at least 7000ft to 10000ft deeper than present.  Based on past regional studies, the SGRB strata were intruded by numerous igneous dikes and sills during the Early Jurassic.  This was followed by inversion of this portion of the basin and subsequent erosion of thousands of feet of SGRB strata until the Late Cretaceous, when the SGRB was overlain by coastal plain strata.

About the speaker
Jim Rine has over 30 years of professional and academic experience in the field of geology. Jim received his PhD in marine geology and geophysics from the Rosenstiel School of Marine and Atmospheric Sciences at the University of Miami (FL) where he studied modern shallow marine mud environments. Since then, Rine has published on a variety of topics ranging from studies of modern continental shelf sands and muds, depositional history of a giant oil field in the Gulf of Suez, groundwater hydrogeology of portions of the South Carolina coastal plain, and characteristics of porosities in siliciclastic mud rocks. Dr. Rine is currently principal geologist / geologic advisor with Weatherford Laboratories in Houston, TX.