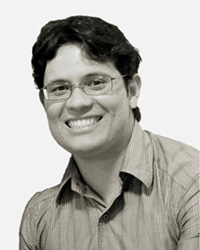 Major droughts affected ~60 million people in Southeast Brazil since the 1990s. 52 of the 196 reservoirs in the country with surface area greater than 1000 ha are located in this region. Most of those reservoirs are inside the Paraná River basin, one of Brazil’s most important hydrographic regions in terms of water supply and power generation. Brazilian hydroelectric plants (HP) generate ~65% of the total electricity in the country (138 GW of installed capacity). The mid-2010s drought raised several questions about the resilience of the water sources when several urban centers, including Brazilian’s largest metropolis (São Paulo, 20 million people), had their water supply threatened. Drought also affects hydroelectric power generation. This study assesses how water storage in 37 reservoirs was affected by drought events in the past 20 years. We computed the Standardized Precipitation Index (SPI) to identify rainfall anomalies. To evaluate the impacts on surface water, we assessed the changes in total runoff (surface + subsurface) and soil moisture from Global Land Data Assimilation System (GLDAS). We calculated Total Water Storage (TWS) using Gravity Recovery and Climate Experiment (GRACE) satellite data. We evaluated the anomalies and significance of changes in reservoir storage (RS). The results show that severe dry years (-1.5 < SPI <-2.0) reduce reservoir storage (RS) by up to ~60% of total capacity. Both electricity generation and reservoir storage showed strong negative trends (1.3 TWh/yr and 25 km3/yr) between 2011 and 2014. Our results also indicate that within the past 20 years, two major depletions in reservoir storage occurred: early 2000s (2000-2001) and mid-2010s (2013-2014). However, lower antecedent soil moisture in 2013 compared to 2000 resulted in much lower reservoir storage in 2014 compared to 2001. The observed depletion in RS in 2014 was similar to that in the TWS, as shown by GRACE data.  In 2014, HP electricity production declined by ~20%.  This analysis highlights the vulnerability of surface water resources and electricity generation to extreme droughts and underscores the need to develop mechanisms to enhance drought resilience of Brazil’s power generation system.