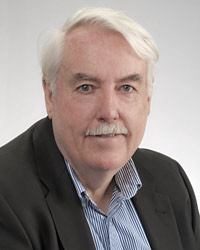 The nature and magnitude of environmental risks associated with unconventional gas and oil has become a highly contentious issue. A well blowout (uncontrolled flow of natural gas and/or drilling fluids) occurs when fluid flows out of the well to the surface under pressure or flows from one rock unit with high fluid pressure into another unit. This can only occur after all the static and dynamic barriers put in place to prevent such an event have failed. Dynamic barriers include blowout preventers (BOPs) and valves that can prevent flow. Static barriers include the well casing pipes and surrounding cement sheaths. In modern wells casing pipes are typically nested one-inside-the-other creating a multiple barrier system. Blowouts occur because of either significant operator error and/or major mechanical failure of some part of the containment system (such as failure of the casing cement sheath barrier), or the well control system (such as failure of the blowout preventer). Blowouts caused by failed valves or gaskets at the well head can pose a significant safety hazard but can be readily repaired without the long term uncertainty associated with subsurface breaches. Apart from operator error or equipment malfunction, the likelihood of a blowout occurring is largely a function of the probability of a pressure kick and that the BOP can be activated successfully. Many blowouts occur as a result of multiple incidences of human error and/or component failure. In addition subsurface blowouts can result in environmental damages from the fluids lost from the well, resulting (in some cases) in substantial remediation costs.

For unconventional gas wells key questions include: (1) what is the likelihood of a blowout occurring?; and (2) what are the likely range in impact of the environmental consequences of such an event? Several reports have suggested that blowouts of shale gas wells have a frequency of 2.5 and 3.1 x 10-3 per well. Insurance company reports have independently come up with similar rates for shale gas wells in Texas. Examination of their calculations have suggested that they have used data sets that combine conventional and wildcat wells data with those from shale plays.

In this study the blowout rate for Barnett Shale has been estimated as 1.3 x 10-4 per well (excluding leaks in surface valves and other components) for 2004 to 2014.These estimates are over an order of magnitude less that those currently being used in insurance calculations.

Blowouts in the Bakken Shale play in North Dakota have varied from as high 3.0 x 10-3 per well 7 years ago to 1.0 x 10-4 per well. The blowout rate in the Bakken shows a decrease over the last two years following introduction of more robust regulations. The volume of fluids released by blowouts in the Bakken is dominated by a relatively small percentage of the blowout event. These releases have been examined over time and their possible significance will be discussed in the context of regulatory changes.