Seismicity in the Delaware Basin is suggested to be associated with oilfield operations. These seismicity are hosted by unmapped faults in the basin. In addition to geologic observation and 3-D active seismic, one can use seismicity and their source parameters to best characterize the revealed fault structure. In this presentation, I will present a recent study on this matter. With the TexNet’s data, in this study we relocated seismicity and determined source mechanisms for the Delaware Basin of West Texas. Based on the seismogenic patterns and seismicity distribution, a number of distinctive seismogenic zones have been identified. Most notably, there is an observable change in the seismicity trend on either side of the basin-bisecting Grisham fault zone. Additionally, the extent of hypocentral depths vary drastically across the fault zone, with events located below the basin- basement interface north of the fault zone and more shallowly to the south. A vast majority of seismic-moment release can be attributed to the basement-rooted tectonic faults in the Culberson-Mentone seismogenic zone, where a M5.0 earthquake occurred on March 26, 2020. 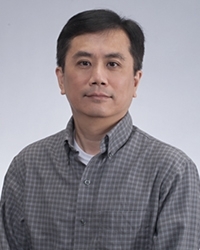