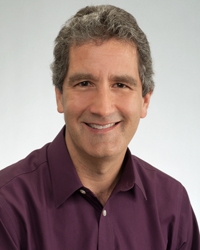 The main focus of my research is salt tectonics, particularly kinematic models for evolution and growth of salt structures. This interest began upon my arrival at Exxon Production Research in 1989, when I was informed that I would be the company’s new expert on salt tectonics despite the fact that I was almost completely unfamiliar with the topic. The learning curve was quite steep at first, but as time passed I became progressively more enamored with salt deformation. After a 3-year stint teaching structural geology at Baylor University, I moved to Austin in 2000 to join the Applied Geodynamics Laboratory, an industry-funded research consortium studying salt tectonics. I have been co-director of the consortium since 2002.

My current research is focused on three topics. First, I am investigating the influence of rifting and basin formation on salt tectonics, especially on passive margins in Brazil, West Africa, and the Gulf of Mexico. Second, I am interested in the emplacement and deformation of allochthonous salt sheets and canopies, mostly in the Gulf of Mexico. Finally, Martin Jackson and I are in the process of writing a book entitled The Theory and Practice of Salt Tectonics, which is intended to be a full-length monograph on salt tectonics and the seismic interpretation of salt structures.

Publication Award, Bureau of Economic Geology, in Special Recognition by the Director for Landmark Publication, “The Salt Mine: A Digital Atlas of Salt Tectonics”, 2012

Award of Excellence, “Top 10” Poster Presentation at AAPG Annual Convention, Is There a Subsalt Foldbelt in the Central U.S. Gulf of Mexico?, 2010

American Association of Petroleum Geologists George C. Matson Award for "A Compressional Origin for Minibasins near the Sigsbee Escarpment, Gulf of Mexico", 2005 - 2006