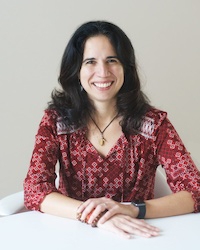 Dr. Lorena Moscardelli is a Research Scientist and leader of the State of Texas Advanced Resource Recovery (STARR) program at BEG. Her expertise is in seismic geomorphology and interpretation, sedimentology and stratigraphy and geoscience data integration. She received a degree in Geological Engineering from Central University of Venezuela (2000) and a PhD in Geological Sciences from The University of Texas at Austin (2007).

She specializes in the study of deep-water deposits with emphasis on subaqueous landslides, deep-water mixed siliciclastic-carbonate systems and planetary geology. She started her career as an exploration geologist working for PDVSA (2000 – 2003). Prior to her current position at STARR, Dr. Moscardelli was a Principal Researcher at Equinor (2013 – 2021) where she performed a wide range of activities from research in the Americas to field development in the Norwegian Continental Shelf. Her BEG career includes the co-funding and co-direction of the Quantitative Clastic Laboratory (QCL) (2007-2013) and her actual involvement as leader of STARR.

Most recently, Dr. Moscardelli has taken a strong interest in understanding the role of geoscience research as part of the ongoing energy transition while contributing to STARR’s main mission of conducting geologic research resulting in the increase of production and profitability of energy resources in the State of Texas.