Poroelastic Models for Fault Reactivation in Response to Concurrent Injection and Production in Stacked Reservoirs, and Application for Venus, TX, Mw 4.0 Earthquake Sequence 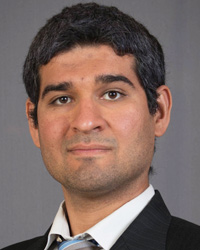 Concurrent production and injection in stacked reservoirs as commonly conducted in unconventional resource exploitation potentially influences reactivation of nearby faults. Using three-dimensional, fully-coupled poroelastic finite-element simulations, we assessed the potential for reactivation of a barrier normal fault in a normal-faulting stress regime for twelve generic injection-production scenarios that differ in the depth of injection and production, and in the position and distance relative to the dipping fault plane. The simulations display significant variation in the Coulomb failure stress (CFS) with depth along the fault plane for these scenarios, reflecting differences in pore pressure distribution and associated poroelastic changes in normal and shear stress across the fault. Based on the CFS trends with depth we find that concurrent production and injection reduces or increases the fault reactivation potential in the injection reservoir depending on the lateral position and the distance of the wellbores relative to the fault plane. The fault is most prone to reactivation with stacked wellbores and injection into the upper reservoir within the hanging wall or the lower reservoir within the footwall. With decreasing wellbore-to-fault distance, induced poroelastic shear stresses and thus CFS increase, making injection only into the lower reservoir, without concurrent production, the most stable configuration at close distance. These results were intended to provide general guidance for further detailed site-specific geomechanical evaluations needed for induced seismic hazard assessment.

We applied this methodology to assess the potential for reactivation of basement-rooted faults in response to saltwater injection and hydrocarbon production near Venus, Johnson County, Texas. Earthquake activity with magnitudes as high as Mw 4.0 primarily occurred in the basement section of a listric normal fault extending from basement across the Ellenburger disposal reservoir. We find that using the best estimates of in situ stress and fault orientation and fault frictional properties of 0.6 do not predict fault reactivation. Increasing the maximum horizontal stress azimuth by 10° and the basement fault dip by 5°, both within the uncertainty space of the input parameters, and lowering the friction coefficient of the fault in basement to 0.35, leads to fault reactivation in basement. Using the same model geometry but a friction coefficient of 0.6 leads to fault reactivation within the Ellenburger disposal reservoir, which is inconsistent with observed hypocenter depths. Including production from Barnett reduces the potential for fault reactivation compared to disposal only. Comparing simulations with five disposal wells to results of simulating 35 wells, we demonstrate the sensitivity of fault reactivation to selected number of wells. These results demonstrate the need for three-dimensional coupled poroelastic simulations unlike commonly used hydrogeological and reservoir engineering simulations that may significantly over- or under-estimate the potential for fault reactivation and thus for induced seismicity hazard.