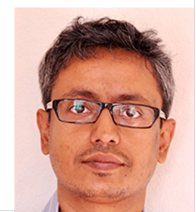 The characteristics of large-scale bedforms vary systematically downstream on the terminal lobe of a submarine channel at the base of slope near Green Canyon, Gulf of Mexico. This variation in the morphology of bedforms can be correlated with downstream change in the sea-floor slope. 3D seismic bedform measurements and simple numerical modeling suggest distinct changes in transport conditions in response to 1) sea-floor gradient variation, and 2) flow expansion associated with the channel-lobe transition. The bedform field examined extends from the channel-lobe transition to at least 5 Km within the lobe. Here, bedforms heights can be between 20 and 40 m, whereas wavelengths vary between 150 m and 400 m. Measurements show upstream migrating short wavelength bedforms in the most proximal reaches of the terminal lobe and longer wavelength bedforms in the more distal reaches. Numerical estimates of transport conditions suggest that the majority of the bedforms were formed and sustained by supercritical currents. The supercritical conditions are attained at the channel lobe transition by the combined effect of an abrupt increase in slope and flow expansion. Bedforms are likely to be antidunes.