While most earthquakes in New Mexico are due to tectonic forces associated with the Rio Grande Rift and the Socorro Magma Body, in recent years seismic activity has increased in areas where fluid injection is ongoing, raising the possibility that these earthquakes are induced by human activity. The two regions of New Mexico that have seen the largest rise in activity are the Raton Basin, which spans the New Mexico-Colorado border in northeastern New Mexico, and the Permian Basin, which spans the New Mexico-Texas border in southeastern New Mexico. A network of seismic stations has been operating in southeastern New Mexico for several decades to monitor the Waste Isolation Pilot Plant (WIPP), a nuclear waste storage facility located southeast of Carlsbad. The WIPP network currently consists of eight short-period sensors and three intermediate period sensors, and is able to detect many of the potentially induced seismic events in the Permian Basin, making it invaluable for studying the long-term history of seismicity in the region. As seismic activity has increased in the Delaware Basin over the past several years, various measures have been undertaken to upgrade the network in order to better understand this activity and its potential link to oil and gas activity. I will discuss the recorded history of seismicity in the Delaware Basin in New Mexico, as well as past and ongoing efforts to better understand its causes. 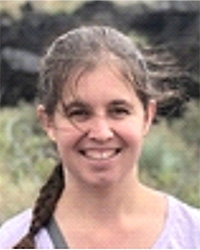