"Seismic-informed high-resolution sedimentology: Filling the gap between exploration and production" 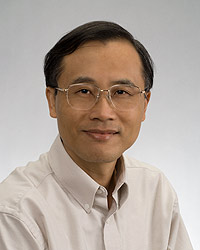 A seismic-informed investigation of sedimentology has been performed at stratigraphic units of different thickness. Seismic stratigraphy focuses on basinal- and regional-scale sediment dispersal patterns generally thicker than 100 m. Seismic geomorphology is a powerful tool for studying depositional systems at play-scale equivalent to single-event resolution (10-30 m). Compared to core and wireline log studies at reservoir-production scale (1 m or less), there are significant resolution gaps between well-based and seismic-based investigations, failing to produce a seismic-informed high-resolution sedimentology.

In this presentation, a seismic-sedimentology workflow is presented. The workflow is a useful tool to improve the seismic investigation of high-resolution sedimentology. Seismic sedimentology addresses the integration of seismic lithology and seismic geomorphology. The basic techniques include using 90-degree phase seismic data, stratal slicing, and frequency fusion, all designed to be used by stratigraphers and sedimentologists who do not have extensive geophysical training. A case study of fluvial architectural elements using wireline-log and 3D seismic data achieved a resolution of 4 m and a realistic 3D fluvial facies visualization tied to wireline logs.

On a provocative but positive note, it is recognized that conventional cores and wireline logs provide critical calibration and stratal architecture for subseismic-scale features; however, seismic-based sedimentology studies at or near the meter scale (i.e., scale of outcrop and wireline log) are becoming reality and will provide results over the extent of a seismic volume.