“In Search of Diamonds in Indonesia” 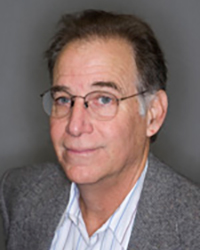 Dr. Dennis P. Dunn
The University of Texas at Austin

From 1982 to 1984, while working for Anaconda Minerals, a subsidiary of ARCO, I was employed as an exploration geologist in Kalimantan, Indonesia.  The mission was to confirm the presence of alluvial diamonds and to evaluate the potential for finding the primary source rock.  This talk is a photo log of the initial evaluation, exploration techniques, camp construction and interaction with the indigenous people.  Included are pictures and stories about “black magic” ceremonies and local headhunters.  Although the primary source of the diamonds was never discovered, abundant gold was observed and the lease transferred to an Australian gold company.

About Dr. Dunn
Dennis was born in and received a B.S. in Geology from and a M.S. from .  He worked in diamond exploration with Anaconda /Arco both domestically and in the jungles of in the early 1980’s.  Dennis continued his interests in diamond exploration in Arkansas during the late 1980’s when he was appointed as a technical advisor to the Arkansas State Parks commission on commercial mining at the “Crater of Diamonds” State Park.  In 1993, he designed a regional diamond exploration program in which resulted in the discovery of the Voisey’s Bay Ni-Cu-Co deposit valued at over $100 billion.  Early in 1995, Dennis opened the Diamond Fields office in to oversee the exploration drilling and initiate the baseline studies for the project’s Environmental Impact Studies (EIS).  In 1996, he returned to to complete the economic evaluation of the “Crater of Diamonds” State Park.  Dennis completed a Ph.D. on the diamondiferous lamproites at the at in December 2002.  From 2004, Dennis taught geology and environmental sciences at Austin Community College.  In 2008, he was hired by the at to help write the earth sciences curriculum for a discovery-based course for future elementary teachers.  He continues to modify and teach this ground-breaking curriculum at UT Austin