“Precarious Professionals: Layoffs and Gender Inequality in the Oil and Gas Industry” 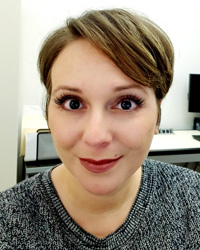 As precariousness increasingly characterizes the labor market, layoffs are a key dimension for documenting and understanding the mechanisms that reproduce gender inequality today. Recent research suggests that women experience higher layoff rates than men, but investigating the organizational mechanisms underlying this disparity presents a challenge because scholars are rarely in a position to observe the layoff process as it unfolds. However, an economic downturn during a recent study with my colleagues Dr. Christine Williams and Dr. Chandra Muller (UT Sociology) led to the rare situation of being “on the ground” as the layoff process unfolded.

From 2012 to 2016, we collected five waves of survey and interview data in a longitudinal study of early career engineers and geoscientists at a major oil and gas company. An intense period of layoffs during the last two years of our study allowed us to not only document gendered patterns in layoffs but also to speak to the mechanisms driving these patterns. Our findings may help explain the dearth of women in high-status positions in the oil and gas industry. Women already enter the industry at much lower rates than men, and the company in our study culled its already small pool of female candidates even further by disproportionately laying off women. Our focus on layoffs adds an important dimension of gender inequality to existing research and demonstrates how companies may ultimately undermine women’s career trajectories and exclude women from leadership positions that require technical knowledge.

My talk will highlight key factors that contributed to the gender disparity in layoffs at the oil and gas company in our study, both in terms of gender differences in the layoff criteria and in workers’ experiences prior to the downturn.