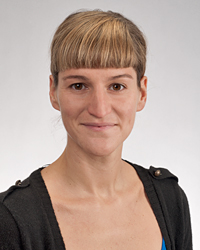 The Late Jurassic to Early Cretaceous Vaca Muerta Formation in the Neuquén Basin, Argentina, is one of the largest shale-gas and shale-oil reservoirs in the world. Natural fractures have the potential to contribute to the overall effective permeability of the tight matrix depending on their length, aperture, orientation, and connectivity, and may interact with hydraulic fractures, therefore their characterization is essential.

Orientations, dimensions, cements, intensities, and spacings of natural fractures are similar in Vaca Muerta Formation outcrops and cores, although with important differences, the biggest difference being the abundance and size of bed-parallel fractures (BPVs) in Vaca Muerta Formation outcrops. A new type of kinematic indicator we describe provides evidence that thick BPVs formed during bed-parallel contraction. A second difference is that in outcrop, most bed-perpendicular fractures are oriented E­–W and N–S, whereas in the subsurface E–W fractures are predominant. Such differences are reflective of differences in the tectonic and diagenetic history of rocks exposed in the Agrio Fold-and-Thrust Belt as compared with those currently in the Embayment of the Neuquén Basin. Fluid-inclusion microthermometry, combined with burial-history curves, indicates that BPVs in outcrop formed in the Late Cretaceous during bed-parallel contraction and under overpressure conditions, whereas bed-perpendicular sets formed in the Paleocene. Lacking appropriate fluid inclusions for microthermometry, a tectonic model indicates that in the Loma Campana area, fractures preferentially formed in the Early Cretaceous, Late Cretaceous, Cenozoic, and Present Time.