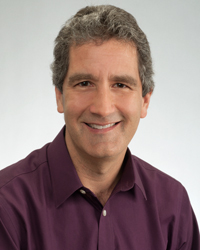 We interpret the Bravo trough as a former salt wall (the Bravo diapir) that was loaded by sediments during a major depositional phase in the early Cenozoic. These sediments expelled salt from the Bravo diapir into the Sigsbee canopy. This depositional phase also destabilized the margin, leading to extension beneath the present onshore (Burgos basin) detached near the top of the Cretaceous. This extension was accommodated partly in the Bravo trough, where the detachment ramped down to the base of salt, and in the Perdido fold belt. The Perdido fold belt was buttressed against the BAHA high, which formed the downdip end of the system. We constructed a physical model to test the viability of our hypothesis. This model was able to reproduce all of the major features of the Salina del Bravo region.