“The carbon balance evolution of CO2-EOR: an opportunity for net-carbon-negative-oil” 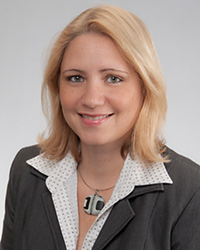 The question of whether carbon dioxide enhanced oil recovery (CO2-EOR) constitutes a valid geologic carbon storage option has been frequently asked by the general public and environmental sectors. Through this technology, operational since 1972, oil production is enhanced by injecting CO2 into depleted oil reservoirs in order displace the residual oil toward production wells in a solvent/miscible process.  For decades, the CO2 utilized for EOR has been most commonly sourced from natural CO2 accumulations. More recently, a few projects have emerged where anthropogenic CO2 is captured from industrial facilities and utilized for EOR.

Even though CO2 is being captured and therefore prevented from entering the atmosphere, an argument exist as to whether EOR represents a valid option for greenhouse gas emission reduction. The common concern does not question whether CO2 geologic storage occurs or not during EOR, but whether the CO2 volumes stored in the oil reservoir are countered by the CO2 emissions associated with the processes throughout the entire value chain.

We answered these questions through a DOE-NETL funded study titled “Carbon Life Cycle Analysis of CO2-EOR for Net Carbon Negative Oil (NCNO) Classification”. NCNO is defined as oil whose carbon emissions to the atmosphere, when burned or otherwise used, are less than the amount of carbon permanently stored in the reservoir in order to produce the oil. Our results not only validate CO2-EOR as a greenhouse gas emission reduction technology but also provide valuable information to those seeking tax credits for carbon dioxide sequestration.