"Attempting to Bridge the Growing Gap Between Academic and Applied Geology: A Personal Odyssey" 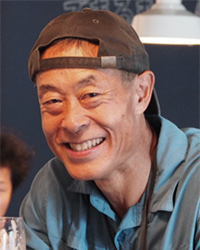 A significant gap exists between academic geology, as represented by academic geoscience research and many academic programs, and applied geology.  Few academic geologists have experience in the industry that employs most of their graduates.  This divide also hinders the professional application of potentially relevant findings in basic geoscience research. This gap did not exist at the beginning of Dick Jahns’ career but it emerged in spite of his best efforts and has widened considerably since his passing.   In my own career, I have devoted some effort to bridging the academic-professional gap. I will present some examples from both my professional and academic experience.

These include:  Correcting interpretations resulting from vertical exaggeration in cross sections, application of structural geologic principles to paleo seismic trench interpretations and dam abutment deformation, migrating step-overs along strike-slip faults and their importance in seismic hazard assessment and paleo seismology (may have implications for causative faults of Napa earthquake), metals of environmental concern versus ambient concentrations of such metals in types of California bedrock (many rocks exceed clean up goals for various metals), naturally occurring asbestos (including non-serpentinite sources and false positives for serpentinite), mélanges and impact of new findings on mélange origins upon engineering characterization, engineering petrography, and relevance of metamorphic petrology (really).  The common theme is that fields of basic geoscience thought by many to be irrelevant to applied geology are in fact useful; the teaching of basic geoscience disciplines, including field geologic training, is important for the future of the profession.