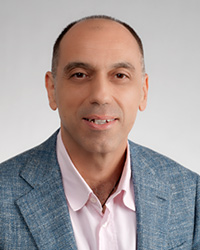 In 2015, the Texas State Legislature began funding the Texas Seismological Network (TexNet). Since then, 22 new permanent broadband three-component seismic stations have been added to 17 existing stations operated by various networks [US, N4, IM]. These stations together with 3 auxiliary stations, i.e. long term deployments of 20 sec portable stations, were deployed to provide a baseline of Texas seismicity.

As soon as the deployment of the new permanent stations took place in West Texas, TexNet was able to detect and characterize smaller magnitude events than was possible before, i.e. M < 2.5. As a consequence, additional portable stations were installed in the area in order to better map the current seismicity level. During the different stages of station deployment, we monitored the seismic network performance and its ability to detect earthquake activity. We found that a key limitation to the network performance is industrial noise in West Texas.

Regarding seismicity, the high density portable station deployment close to the earthquake activity minimizes hypo central location uncertainties. In addition, we examined the effects of different crustal velocity models in the area of study on hypo central location using the local network first arrivals. Considerable differences in location were obtained, which shows the importance of local networks and/or reliable crustal velocity models for West Texas. Given the levels of seismicity in West Texas, a plan to continuously monitor the study area is developed.