“Energy and the Economy over the Long-Term: Size and Structure” 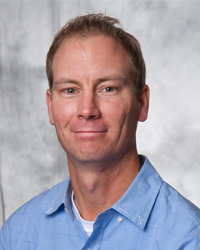 A long-term and systems-oriented perspective on the role of energy resources and technologies shows that they play a fundamental role in enabling the physical and economic growth of the Industrial era.  Yet, most economic modeling approaches do not even consider that energy availability and constraints fundamentally affect the size and structure of our economies.  This lack of energy-economic coupling means that most economic frameworks cannot even consider the energy system as an explanatory factor for the Great Recession and the economic “secular stagnation” since 2008.  In addition, mainstream economic frameworks cannot explain future implications of large scale changes in the energy system (e.g., a low-carbon transition), even though they are used for this purpose. This presentation shows data to make the case that (1) the declining cost of energy (including food) is an apt explanation for historical growth, (2) worldwide energy and food costs reached the lowest point in history around the year 2000, and (3) the cessation of the decline in energy and food costs (within the U.S.) helps explain structural changes within the U.S. economy.