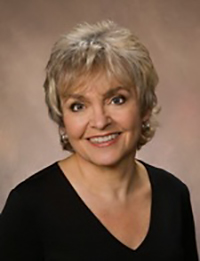 Patricia Bobeck
Geologist, The University of Texas at Austin

J.B. Paramelle (1790-1875), a young country priest, arrived at his assigned parish on a dry limestone plateau in southwestern France in 1818, where he was distraught to see the population suffering from lack of water. Determined to remedy the situation, he walked and observed the karst surface for nine years, looking for and finally finding shallow groundwater. In 1827, he wrote a report to local government authorities on water, its location and depth. The authorities subsidized his first “indications” and when they were successful, his fame spread and the bishop released him from priestly duties. During the next 26 years, Paramelle found water in 40 of France’s 86 (as of 1856) departments, in more than 10,000 places, with a 90% success rate. He found water for individuals, farms, villages, and cities. After he retired in 1853, he wrote a how-to book that explained his method: The Art of Finding Springs. The book was a best-seller, published in six editions, the last in 1926. Paramelle’s method was used in France well into the 1970s when communities began looking for larger water supplies. Paramelle’s method was based on close observation of rock types, stratigraphy, geomorphology, and plants; he did not use a dowsing rod and he did not have geologic maps. His clients did not have augers or drilling available; Paramelle limited his water searches to shallow water that could be reached by hand drilling. Paramelle followed an organized field schedule and used pre-printed advertising and business forms, very advanced for his time.