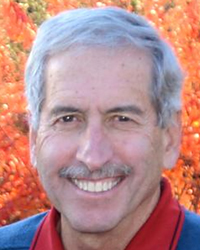 Abstract
No abstract is available at this time.

Bio
Mark Zoback is the Benjamin M. Page Professor of Geophysics and the Director of the Stanford Natural Gas Initiative at Stanford University. He co-directs the SCITS, the Stanford Center for Induced and Triggered Seismicity (SCITS) and the Stanford Rock Physics and Borehole Geophysics (SRB) industrial affiliates program. Dr. Zoback conducts research on in situ stress, fault mechanics, and reservoir geomechanics. He is the author of a textbook entitled Reservoir Geomechanics published in 2007 by Cambridge University Press, the author/co-author of 300 technical papers and holder of five patents. His online course, Reservoir Geomechanics, has been completed by over 700 students around the world.Dr. Zoback has received a number of awards and honors, including the 2006 Emil Wiechert Medal of the German Geophysical Society and the 2008 Walter H. Bucher Medal of the American Geophysical Union. In 2011 he was elected to the U.S. National Academy of Engineering and in 2012 was elected to Honorary Membership of the Society of Exploration Geophysics. He is the 2013 recipient of the Louis Néel Medal, European Geosciences Union and named an Einstein Chair Professor of the Chinese Academy of Sciences. In 2015 he received the Robert R. Berg Outstanding Research Award of the AAPG and in 2016 he received the Outstanding Contribution to the Public Understanding of the Geosciences Award from AGI. He served on the National Academy of Energy committee investigating the Deepwater Horizon accident and the Secretary of Energy’s committee on shale gas development and environmental protection.