"Can We do Big Science in a Petroleum-Rich Basin? The Robust Sedimentary Archive of the Deep Gulf of Mexico Basin" 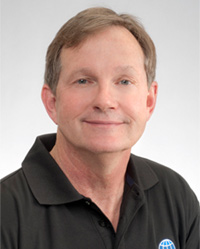 The Gulf of Mexico is one of the most prolific hydrocarbon-producing basins in the world, with an estimated endowment (discovered and expected future finds) of over 152 BBOE and a 2017 projected oil production of 1.8 million barrels per day.  As such, over half a million wells have drilled in the greater Gulf Basin, including onshore areas of the US, Mexico and Cuba.  Virtually the entire northern Gulf is covered by 2D and 3D seismic surveys and in many areas, new wide-azimuth reflection surveys have been shot over the allochtonous salt canopy.  With Mexico recently opening up to international exploration, a large number of new surveys are being acquired, including multi-beam bathymetry and backscatter, used for targeting natural oil and gas seeps.  Real-time monitoring of sedimentary processes related to coastal erosion and deltaic sediment input to the basin is ongoing.

In spite of the vast amount of modern and subsurface data, NSF and other scientific agencies have not funded a large number of scientific studies in the Gulf of Mexico Basin, focusing efforts elsewhere in the world.   Yet, significant questions about the origin and evolution of the basin remain unanswered; important problems that require broad, fundamental research.

In particular, there are three pivotal episodes in the basin history that are critical to both our understanding of basin evolution as well as its current and future prospectivity: 1) the origin of the Louann Salt sometime in the Middle Jurassic; the Cretaceous-Paleogene (KPg) Boundary; and the Paleocene-Eocene Thermal Maximum (PETM).

Recent progress toward estimating the age and genesis of the Louann salt has been made using a variety of approaches including seismic mapping of the coeval anhydrite interval that be traced back to the basin entry point for Tethyan sea water.  Contrasting hypotheses for a Pacific basin entry of marine water are also being considered.  The Louann salt is, of course, important as it forms hydrocarbon traps, seals, and mitigates heat flow that delays source rock maturation until after trap formation.