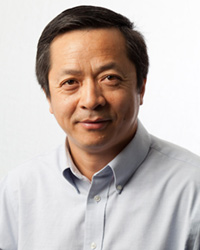 Flow to a well in an aquifer is made complex to a great degree by intra-wellbore losses, which are either totally ignored or poorly described in many of the present studies of well hydraulics. Up to date, there are three types of approaches describing the flow mechanics inside the wellbore: Uniform Flux Boundary Condition (UFBC), Uniform-Head Boundary Condition (UHBC), and Mixed-Type Boundary Condition (MTBC). UFBC and UHBC have been widely applied for actual applications, due to its easy implementation. However, both of them could not reflect the physical processes of flow inside the well accurately. As for the MTBC, previous studies only considered the frictional losses for the conduit flow, but neglected the kinematic effects, which referred to the accelerational and fluid inflow effects. In this study, we have investigated both kinematic and frictional effects on the flow in a wellbore for a wide range of problems associated with vertical and horizontal pumping wells. This research can be expanded to investigate groundwater flow in karst aquifers in which coupled conduit-aquifer matrix flows are of great concern.