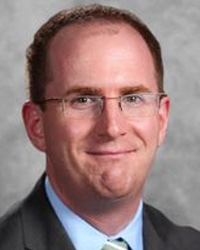 Abstract:
Multiple lines of evidence indicate that, during a hydraulic fracture stimulation, the permeability of the unfractured matrix far from the main, induced tensile fracture increases by one to two orders of magnitude. This permeability enhancement is associated with pervasive shear failure in a large region surrounding the main induced fracture. Based on laboratory measurements and imaging performed on several preserved and unpreserved shale samples from North American basins before and after inducing failure in confined compressive strength tests, we have observed that the pore structure in intact samples exhibits multiscale behavior, with sub-micron-scale pores in organic matter connected in isolated, micron-scale clusters which themselves are connected to each other through a network of microcracks. The organic-hosted pore networks are poorly connected due to a significant number of dead-end pores within the organic matter. Following shear failure, we often observe an increase in pore volume in the sub-micron range, which appears to be related to the formation of microcracks that propagate along grain boundaries and other planes of mechanical strength contrast. This is consistent with other experimental and field evidence. In some cases these microcracks cross or terminate in organic matter, intersecting the organic-hosted pores. The induced microcrack networks typically have low connectivity and do not appreciably increase the connectivity of the overall pore network. However, in other cases the shear deformation results in an overall pore volume decrease; samples which exhibit this behavior tend to have more clay minerals. Network models coupled with image analysis show that the resulting microcrack networks are typically poorly connected, which may explain the slight increase in apparent permeability observed. Our work illustrates how multiscale pore networks in shale interact with in situ stresses to affect the bulk shale rheology.

About the Author:
Hugh Daigle is an assistant professor in the Department of Petroleum and Geosystems Engineering at the University of Texas at Austin. He holds a BA in Earth and Planetary Sciences from Harvard University and a PhD in Earth Science from Rice University. Prior to joining the UT faculty in 2013, he had 5 years’ industry experience with Schlumberger and Chevron working as a wireline logger and petrophysicist. His research interests focus on experimental and theoretical petrophysics applied to shales, methane hydrate-bearing sediments, and scientific ocean drilling, as well as subsurface applications of nanoparticles.