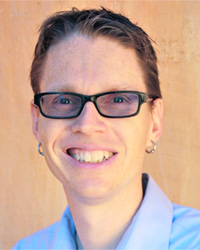 Abstract
This presentation will provide data on inorganic, isotopic (δ18O, δ2H 87Sr/86Sr, and δ11B), organic, and radioactive (228Ra/226Ra) geochemistry of produced waters from two of the most important tight oil and shale plays in Texas: the Wolfcamp and “Cline” Shales in the Permian Basin and the Eagle Ford Shale in the central Gulf Coast Basin. Within the Permian Basin, multiple lines of evidence indicate the brines in the Wolfcamp and “Cline” (and adjacent units) are the residual bitterns and source of Late Permian evaporites still present in the basin. In the “Cline” Shale, kerogen breakdown led to the input of NH4, Br, I, and isotopically light B into the associated formation waters. The use of multiple isotope systems to differentiate individual reservoirs will also be presented, as will preliminary data and interpretations in the Eagle Ford Shale and relationships between depth and water composition.

About the Author
Dr. Engle has a B.S. from Evergreen State College and a Ph.D. in hydrogeology from the University of Nevada (the accredited one). He joined the USGS in 2005 as a Mendenhall Postdoctoral Fellow and has served as chief of the produced waters project since 2010.