"Geochemical constraints on duration of weathering for Neoproterozoic Baltic paleosol" 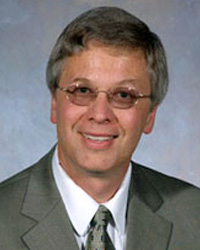 Abstract:
Time duration of pedogenesis is one of the most elusive parameters in studies of paleoweathering, especially for deep-time paleosols with limited or unavailable geochronological control. The Neoproterozoic Baltic paleosol (600-560 Ma) developed on a major disconformity in the eroded Paleo- to Mesoproterozoic crystalline basement of the former Baltica continent in northwest Russia, Estonia, Latvia and Lithuania. Mean Annual Precipitation (1500-1600 mm yr-1: CIA-K) and Mean Annual Temperature (10-15 oC: PPM1.0) were estimated using bulk geochemistry for three deep weathering profiles sampled from drillcores. Mass-balance calculations assumed immobile Al2O3 during weathering, because it shows less variability with depth, on a relative percentage basis, than TiO2 or Zr. Protoliths (parent materials) were chosen for each drillcore profile based on evaluation of Harker plots, as well as trends exhibited on A-C*N-K diagrams. A correction for K-metasomatism (additions) for each profile was applied and defined as K2OCALC, before calculating mass flux of K2O. Calculations for pCO2 follow the thermodynamic method of Sheldon, with evaluation of total mass flux for CaO, MgO, Na2O, and K2OCALC during weathering of each protolith material. Iterative calculations were then performed varying time duration of pedogenesis, while assuming all other parameters remained constant; when considering a range of acceptable values of paleoatmospheric pCO2 based on earlier studies (1.0 < x PIAL < 10.0), a minimum of 3.0 x 105 and a maximum of 5.7 x 106 yrs weathering duration is indicated, which is consistent with previous interpretations that the Baltic paleosol is a deep paleo-Oxisol. This long weathering duration estimate, using our approach here, does not require invoking a “transient Neoproterozoic greenhouse event” to explain the observed depth (to 40 m) and intensity of weathering, especially given newer paleolatitudinal reconstructions. Sensitivity testing of a “modern” granite weathering profile suggests that this is an appropriate procedure for saprolite-protolith systems with thin or no soil cover. Sensitivity of the pCO2 model to weathering duration can therefore be used for interpreting paleoweathering profiles in which pCO2 can been constrained independently by other studies.

About Steven G. Driese
Steve Driese obtained his B.S. degree in Geology from Southern Illinois University in 1977, and Master’s and Ph.D. degrees from the University of Wisconsin-Madison, in 1979 and 1982, respectively. Driese was previously a faculty member at the University of Tennessee-Knoxville from 1982-2004, and from 2004-2013 was Professor and Chair of the Department of Geology at Baylor University. He is currently Professor and Graduate Program Director at Baylor University in the recently renamed Department of Geosciences, and was appointed Associate Dean for Research in the Graduate School in 2016.

Driese’s current research emphasizes paleoclimate and paleolandscape reconstructions derived from the study of paleosols. His teaching includes graduate courses in Paleopedology, Micromorphology of Soils and Paleosols, and Sandstone Petrology. His research includes Precambrian paleoweathering surfaces, Paleozoic paleosols of the Appalachian basin of the eastern U.S., modern Vertisols (high clay content soils with a high shrink-swell potential) occurring in the Texas Coast Prairie and Blacklands, and Quaternary floodplain soils, paleosols, and speleothems in the southeastern and mid-Atlantic US, Quaternary paleosols of Costa Rica, and Miocene and Quaternary paleosols of Kenya and Uganda. Driese lead an SEPM-NSF Joint Workshop on Paleosols and Modern Surface Soil Analog Systems from September 21-25, 2010, at Petrified Forest National Park in Arizona, and co-edited a recent SEPM Special Publication #104 published in 2013 containing papers presented at that workshop. With over 125 published peer-reviewed papers and 275 abstracts presented at professional meetings, Driese has had his research funded by the National Science Foundation and by the American Chemical Society (Petroleum Research Fund). He served as an Associate Editor for the Journal of Sedimentary Research, and was on the Editorial Board of Geology, Sedimentary Geology and PALAIOS. Driese has previously mentored 25 Graduate students at the University of Tennessee-Knoxville, 8 graduate students at Baylor University, and is currently mentoring 4 Ph.D. students.