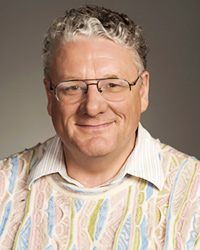 Abstract:
On 16 August 2016, the NOAA National Water Service began operating a National Water Model of the continental United States, which continually forecasts water flow in 2.7 million reaches covering 5.2 million km of streams and rivers.  This is underpinned by a continuous computation of soil moisture on a 1 km grid covering the continental US.  Thus, water has become like weather – forecast continuously and at local scale.  Over the past two years, the speaker has led the interaction of the academic community with the National Weather Service to help build the research base for the National Water Model through 7-week Summer Institutes for graduate students held at the new National Water Center in Tuscaloosa, Alabama.  A real-time flood inundation mapping system is being built for Texas to translate the discharge forecasts from the National Water Model into forecast of flood water depth and inundation extent.   The seminar will summarize these activities and look forward to suggest how they may impact water science and engineering in the United States.

About David R. Maidment
David R. Maidment is the Hussein M. Alharthy Centennial Chair in Civil Engineering at the University of Texas at Austin, where he has been on the faculty since 1981.  He is a surface water hydrologist with specialization in the application of GIS in water resources.  In 2016 he was elected to the National Academy of Engineering “for development of geographic information systems applied to hydrologic processes”.