"Between a Rock and a Hard Place: Producer Economics and Finance for the Third Wave" 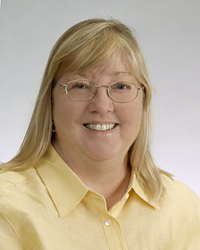 For the period 2009-2015, capital expenditures exceeded operating cash flow by nearly $5 per barrel for a group of 16 domestic producers that CEE has tracked since 2007-2009.  What gives??  In plays that are widely thought to yield substantial returns to investment, producers have struggled to stay ahead of spending.  Given historic debt levels in the industry, the demands of complex unconventional plays in particular pose distinct challenges to producer economics and finance going forward.  This presentation provides a review of CEE’s ongoing producer benchmarking using annual 10-K reports as presented at the Hart DUG Permian conference in May.  Key issues such as resilience to commodity prices, land acquisition, cost structure and sources of funding will be discussed.  CEE’s research has been featured on BEG’s web site (see /research/profiles/CEE-producer-benchmarking) and a manuscript is in preparation for submission to SPE’s Journal of Economics and Management.