In the Footprints of Kirk Bryan and Claude C. Albritton, Jr.: A Reinvestigation of Late-Quaternary Landscape Evolution and Geoarchaeology in the Big Bend Region, Southwest Texas

During the 1930s and 1940s, geoarchaeologists Kirk Bryan and Claude C. Albritton, Jr. defined the stratigraphy of late-Quaternary alluvial fills in the Big Bend region of southwest Texas. The primary objective of their collaborative research was to place archaeological sites into soil-stratigraphic contexts. Dr. Mandel has reinvestigated and expanded their work in order to develop a lithostratigraphic framework for Holocene and late-Pleistocene alluvium in the region. That framework is a powerful tool for understanding the temporal and spatial pattern of the region’s archaeological record. Also, stable carbon isotope (d13C) analysis of organic matter in soils and sediments is being used to reconstruct late- Quaternary bioclimatic change that drove landscape evolution in the Big Bend region. 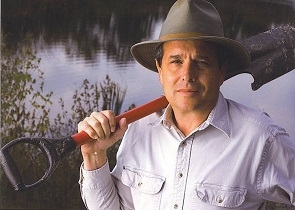