Hydrogen Subsurface Storage: A Primer on a Texas-size Opportunity

Hydrogen is regarded as a viable technology to replace fossil fuels as a carbon-free energy carrier for cars, trucks, and trains allowing carbon capture at the source if produced from natural gas, or largely avoiding carbon emissions if produced from renewable energy sources. In addition, hydrogen provides a means of storing renewable energy from solar and wind generation to even out diurnal to seasonal variations in demand and supply. Significant expansion of energy storage is seen as a prerequisite for further growth of wind and solar energy generation in Texas. It is envisioned that an effective transition to carbon-free energy resources will require a variety of energy storage options ranging from batteries for short-term storage, to hydrogen storage in surface tanks and underground caverns, to hydrogen storage in subsurface porous reservoirs such as depleted oil and gas reservoirs and saline aquifers for seasonal and strategic energy storage.

Subsurface hydrogen storage is currently practiced at three Texas locations in salt caverns but is spatially limited for further expansion to the Gulf Coast. Depleted oil and gas reservoirs provide another opportunity for subsurface storage that takes advantage of existing well and production infrastructure and existing knowhow in subsurface natural gas storage. This presentation will give an overview over current research and development efforts in hydrogen storage and emerging research opportunities for the Bureau. 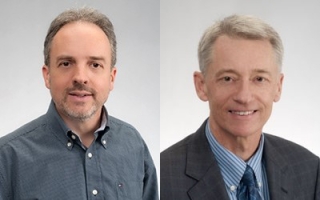