Classification of deep-marine depositional systems with palynofacies: Examples from around the world

Dr. Adam McArthur
Co-investigator in the Turbidites Research Group
The University of Leeds

Modelling of deep-marine reservoirs presents challenges for exploration and development, and new approaches to understanding stratigraphic organization are important. Here we present a new, high- resolution classification of deep-marine architectural elements, based upon their palynofacies. The objective of this study is to determine the source-to-sink distribution of particulate organic matter in turbidite systems, for which integrated sedimentological, ichnological, and palynological datasets were developed from a series of outcrops, with high confidence in placement within each system. The goal is to apply the methodology to assist characterisation of subsurface deep-marine systems.

Twenty-eight architectural elements were described from slope channel-levee outcrops of the Rosario Fm., Mexico; confined mini-basins of the Grès d'Annot Fm., France; and basin-floor submarine fans of the Marnoso-Arenacea Fm., Italy. Elements encompass a wide variety of depositional settings, ranging through slope channels and over-bank deposits; mini-basin confined turbidites; to basin-floor fan elements. Six-hundred samples were collected in conjunction with sedimentary logging. Three-hundred pieces of matter were examined per sample, which are typically dominated by allochthonous terrestrial material, but contain relatively autochthonous marine material. Variations in the type, proportions, and dimensions of particles were used to define palynofacies of the elements, which were investigated by statistical analysis. Results show a decrease in sorting, particle size, and density moving away from sediment conduits. This result demonstrates the role of primary sediment dispersal mechanisms in controlling density stratification and distribution of organic matter in deep-marine systems.

These observations have permitted the construction of a palynofacies classification scheme for a range of architectural elements encountered in turbidite systems. This new tool is now being integrated with existing geophysical, petrophysical, and sedimentological datasets from offshore Brazil and East Africa. Successful integration of palynofacies with subsurface datasets allows improved modelling of reservoir hierarchy, understanding of which is crucial for prospect risking, well planning, and field development in both conventional and unconventional petroleum systems. 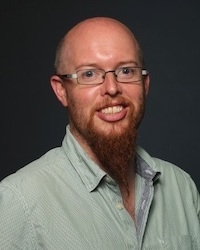