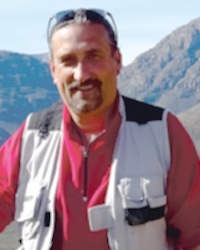 SW edge of the East European Craton in Poland underwent complex cycle of tectonic deformations and subsidence associated with formation of sedimentary basins, spanning Neoproterozoic to Cretaceous times. Newly acquired seismic data provided new solid evidences, in many cases hitherto unknown, for rifting, subsidence, thrusting and basin inversion events that have shaped approximately half of the territory of Poland. Rifting associated with the break-up of Rodinia is evidenced by presence of a deeply buried half-grabens filled by volcano-clastic Neoproterozoic succession that belong to the Orsha Volhyn Aulacogen - failed rift branch that ceased its activity by the Ediacaran-Cambrian transition. Following this regional rifting event the Tornquist Ocean developed that separated two continental plates - Baltica and Amazonia - born out of Rodinia. Along the passive margin of this sedimentary basin Cambrian – Ordovician sedimentary succession was deposited, characterized by rather minor and gradual lateral thickness changes caused by relatively steady subsidence. This subsidence pattern has dramatically changed at the Ordovician - Silurian transition, when Caledonian FTB was emplaced above the cratonic edge. Thrust loading led to rapid subsidence within the pro-foreland flexural basin and deposition of up to 4-5 km syn-tectonic Silurian succession. Evolution of the Caledonian foredeep basin continued until Early Devonian. Following Devonian sedimentation, large part of the cratonic edge underwent substantial uplift. It was followed by regional erosion that removed part or all of the pre-Carboniferous sedimentary cover and formed regionally extensive unconformity. Then, deposition of the Carboniferous sedimentary succession above this regional unconformity took place. Variscan (latest Carboniferous) tectonic movements led to formation of thin-skinned FTB emplaced above the cratonic edge in SE Poland. Variscan collisional event completed formation of the Pangea supercontinent that was then destroyed during the widespread Permo-Mesozoic rifting during which the Polish Basin was formed. This basin, together with its axial most subsiding part, the Mid-Polish Trough, formed the eastern part of the Permian–Mesozoic system of epicontinental basins of western and central Europe. It experienced long-term thermal subsidence, commencing in the Permian and lasting until the Late Cretaceous, and as a result was filled with up to 8 km of Permian to Mesozoic sediments. Inversion of the Polish Basin started in Late Turonian and lasted until Maastrichtian – Paleogene. In the SE segment of the Polish Basin’s NE flank, underlain by the East European Craton, seismic data documented earliest Late Jurassic and earliest Late Cretaceous regional unconformities related to the regional, basin-scale uplifts. Latter unconformity is also present in N Poland. In this part of the basin the Upper Cretaceous succession is characterized by the hitherto unknown regional progradational pattern suggesting Late Cretaceous progradation directed from the North towards the South. Source area that might have been uplifted during the Late Cretaceous and undergone regional erosion was possibly located within the present-day Baltic Sea and/or the South Swedish Dome.