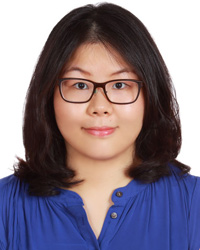 Abstract
Mudrocks are seals and barriers for conventional petroleum systems and are sources, seals, and reservoirs for unconventional petroleum resources. They are also candidates for nuclear-waste disposal and carbon capture and storage sites. This investigation improves understanding of the interplay of depositional, diagenetic, and hydrocarbon generation processes in the origin and evolution of OM-rich mudrock pores by providing (1) a process-based understanding of the origin and control of different pore types, (2) quantitative methods to characterize pore systems in mudrock reservoirs, (3) a link between sediments and depositional processes to pore system variations, and (4) a comparison of pore evolution history in marine and lacustrine mudrocks.

By studying several suites of subsurface marine (Eagle Ford, Pearsall) and lacustrine (Yanchang) core samples, multiscale heterogeneity of mudrock properties can be defined and parameters that affect the heterogeneity of pores can be determined. Pore sizes in OM-rich mudrocks range across at least five orders of magnitude (from 1 nm to approximately 100 μm). In general, OM pores are smaller than mineral pores. Mudrocks with well-sorted and coarse grains contain more abundant mineral pores than those with poorly-sorted and finer grains. Thermal maturation processes, kerogen and maceral types controlling OM pore development and evolution is recognized by integrating SEM petrography, organic petrography, and geochemistry. Primary mineralogy and texture determine diagenesis such as compaction and cementation and could indirectly affect sizes of OM pores up to two orders of magnitude differences.

About the author
Lucy Ko has been working in the mudrock system research laboratory (MSRL) group as a Ph.D. student here at the Bureau of Economic Geology. She has a multidisciplinary background in geochemistry, geology, basin modeling, and fluid property prediction. She received her B.A. degree from National Taiwan University and her M.S. degree from the Colorado School of Mines, where she utilized petroleum geology, biomarker, gas compositions and isotopes to understand the charging and filling history of the tight-gas reservoirs in the Rocky Mountain Basins. She worked in Platte River Associates (a basin modeling company) for a year and has done two internships at ConocoPhillips in Houston. She is co-supervised by Bob Loucks and Steve Rupple at the BEG but she also works with Harry Rowe, Kitty Milliken, Tongwei Zhang, Sheng Peng, and Farzam Javadpour in the MSRL group. Her PhD research focuses on the depositional, diagenetic, mineralogical, and maturity controls on mineral- and organic-pore networks in marine and lacustrine mudrocks.