Since 2014, the US Department of Energy, Office of Fossil Energy has presented Awards to two distinguished Chinese scholars who champion the development of technologies related to pollution control and carbon management. These awards enhance global recognition of their achievements, their effectiveness within China, and their collaboration with the U.S. via information sharing and project development. Dr. Di Zhou is one of this year’s Awardees, and has received an invitational speaking tour to the United States, where she will meet with current and future collaborators and share her knowledge with a diverse set of audiences across the country.

As part of the speaking tour, Dr. Zhou will give a presentation at 9 am on November 13 in the BEG Main Conference Room. We invite you to join us for this prestigious event.

About the Prize:
In the past two decades, numerous energy-related research, development and demonstration initiatives have been successfully implemented between the U.S. and China via bilateral agreements and multilateral engagements, such as the fossil energy protocol between DOE and China’s Ministry of Science and Technology, the Carbon Sequestration Leadership Forum, the Clean Energy Research Center (CERC), and the CCUS initiative under the U.S. – China Climate Change Working Group. These efforts have promoted research and development, information sharing, and other technical cooperation. In the last few years, China has recognized the urgent need for pollution control and carbon management of existing power plants and coal conversion plants. It has intensified efforts to enforce regulations limiting emissions from these plants.

About the Talk:
Guangdong, one of the five “Low Carbon Pilot Provinces” in China, has set a carbon reduction target higher than nation’s average. A China-UK collaborative study confirmed the necessity of implementing CCUS in Guangdong in order to meet this target. The study developed a CCUS roadmap for Guangdong, which proposes a million-ton full-chain CCUS demonstration project as the key first step. The study also demonstrated that while inland Guangdong is not suitable for CO2storage, the the Pearl River Mouth Basin (PRMB) offshore Guangdong in the northern South China Sea is a robust storage target.

In parallel to a study of CO2 capture from a power plant, a study of offshore CO2 storage has focused on seeking a suitable storage site in the PRMB. Prime targets are near depleted oil fields, as such fields provide savings both in cost and in time. By scoring and ranking producing oil fields in the PRMB, three candidate sites have been short-listed. Knowledge gaps in final site selection have been identified, including those in CO2-EOR potential, containment quality, and facility reuse.

These and future studies are now summarized under the title of the Guangdong CCUS Project, which has been carried out with international collaborations and received financial support from UK SPF and the GCCSI. In late 2013 the UK-China (Guangdong) CCUS Center was established. Recently the Guangdong CCUS Project has been listed in the U.S.-China Working Group on Climate Change.

About the Speaker:
Dr. Di Zhou was granted bachelor in 1965 from the South China Industrial University and a PhD in 1984 from Kansas University. Since 1985, she has worked in marine geology and mathematical geology in the South China Sea Institute of Oceanology. She served as the Vice Director of the Institute and Chairman of the Scientific Steering Committee of the Institute, Council Member of the International Association for Mathematical Geologists, and Secretary of the International Committee of Quantitative Stratigraphy. She served as a Member of the Standing Committee and a Vice Chairman of the Committee for Population, Resources, and Environment in the Guangdong Provincial Political Consultant Committee. In 2003-2005 Dr. Zhou worked as one of the lead authors of Chapter 5 of the IPCC Special Report “Carbon Dioxide Capture and Storage”. In 2006 she organized the first Clean Development Mechanism and CCS workshop in Guangdong Province. From 2009 to 2013, she led the first two research projects on CCS feasibility in Guangdong Province and since 2014 she has served as the Vice Chairwoman of the Consultant Committee of the UK-China (Guangdong) CCUS Center.

We are delighted to share the news that the Gulf Coast Carbon Center has received funding for three new projects. These efforts span the breadth of our technical expertise from characterizing new storage units in offshore depleted fields to utilizing new operational tools for safely injecting in onshore brine reservoirs to deploying smart technologies for whole system monitoring. Here’s a preview of our upcoming work and we look forward to keeping you up-to-date on our progress. The aim of this DOE-funded project is to conduct an offshore carbon storage resource assessment of the Gulf of Mexico Texas – Louisiana study area. The project, called TXLA for the region of interest, is headed up by Tip Meckel and Ramón Treviño.

The carbon dioxide storage capacity of depleted oil and natural gas reservoirs will be assessed utilizing existing data such as well logs, records and sample descriptions from existing or plugged and abandoned wells, available seismic surveys, existing core samples, and other available geologic and laboratory data from historical hydrocarbon industry activities. One significant benefit of working in this Gulf Coast region is that rich data is available in the heavily explored portions of the inner continental shelf of the Texas and Louisiana Gulf of Mexico coastal areas.

Using existing data, TXLA will also assess the ability and capacity of saline formations in the region to safely and permanently store nationally-significant amounts of anthropogenic CO2. The study will identify at least one specific site with potential to store at least 30 million tons of CO2 that could be considered for a commercial or integrated demonstration project in the future. The project will also engage the public and other stakeholders for the region through outreach activities to apprise them of the study objectives and results.

Seyyed Hosseini is the Primary Investigator on a new project called  Pressure Management and Plume Control Strategies through a Brine Extraction Storage Test at the Devine Test Site. Funded by DOE’s Carbon Storage program, which focuses on developing specific subsurface engineering approaches that address research needs critical for advancing carbon capture and storage to commercial scale, the work will be performed in partnership with GE Global Research. 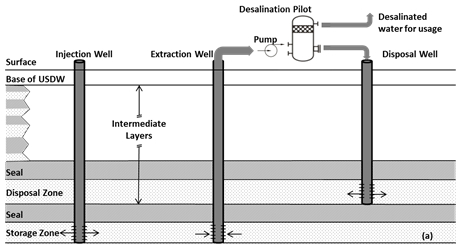 The project will test active brine extraction wells, passive pressure relief wells, and combinations of both, to control the pressure buildup in the storage formation. Under each pressure management strategy, a complete life-cycle analysis for brine, along with brine handling strategies, will be developed. The proposed study will include some lab and pre-pilot scaling work to obtain the design parameters for Phase II. The proposed field site is the University of Texas at Austin’s Devine test site. 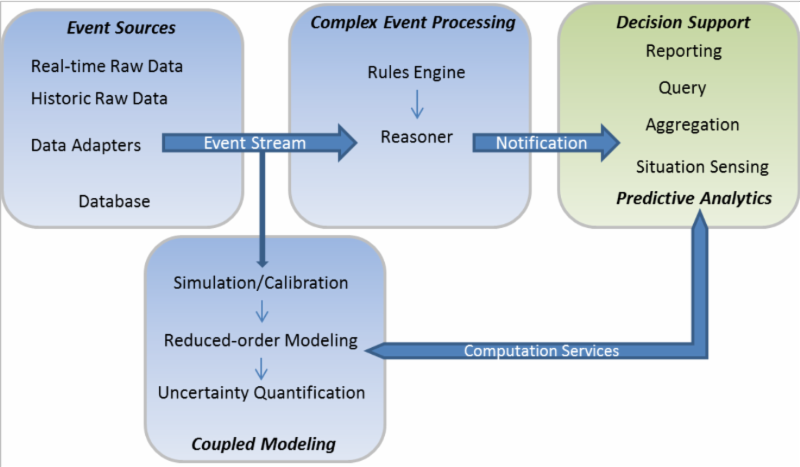 Alex Sun received funding for the project “Development of a Framework for Data Integration, Assimilation, and Learning for Geological Carbon Sequestration” or DIAL-GCS through DOE’s Carbon Storage program. Because the safe and efficient operation of a carbon sequestration project integrates many sophisticated instruments and produces intensive data, DIAL-GCS takes an intelligent approach to monitoring. Leveraging recent advances in machine learning technologies, complex event processing, reduced-order modeling, and uncertainty quantification, among others, DIAL-GCS will develop and demonstrate a closed-loop monitoring system that will automate geologic carbon sequestration and track carbon dioxide as it flows within storage reservoirs. The system will be validated using both real and simulated data from one of GCCC’s historical field projects.